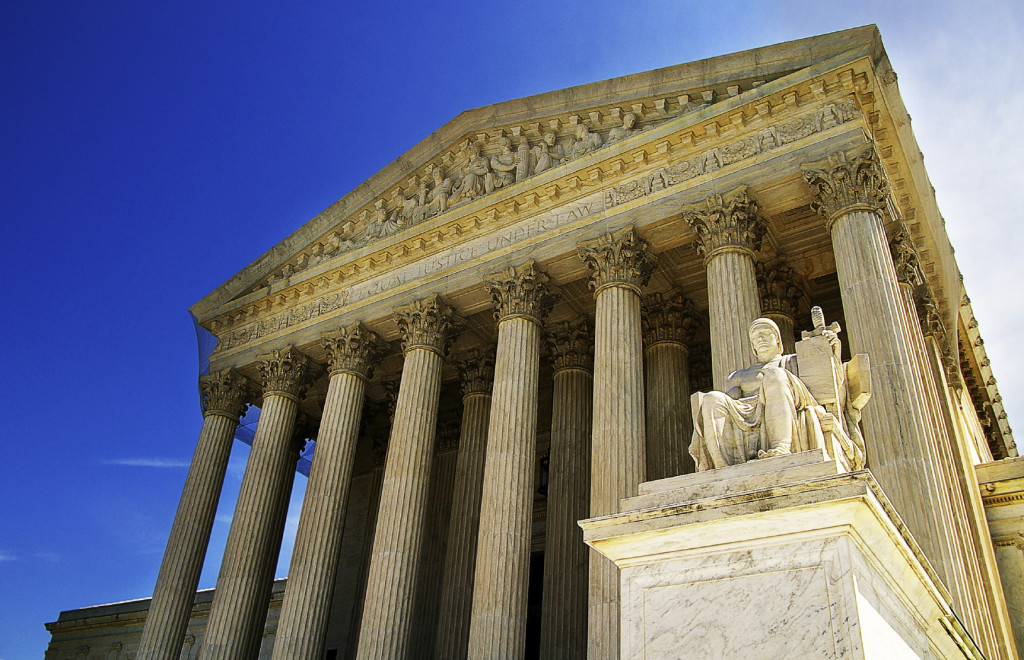 On Wednesday next week, the U.S. Supreme Court will hear oral arguments in the legal challenge to the HHS Mandate brought by the Archdiocese of Washington, its affiliated entities, and many other religious employers from around the country, including most prominently the Little Sisters of the Poor. Because next week is Holy Week, I would like now to discuss with you some of our major concerns – space does not permit a more extensive discussion – about what is at stake in these cases.

The archdiocese, the U.S. Conference of Catholic bishops and other faith communities have voiced their strong objections to the unprecedented violation of fundamental religious liberties and rights of conscience that is presented by the mandate ever since it was first proposed and then issued as a final rule by the Department of Health and Human Services in February 2012.

In May 2012, the archdiocese and other institutions filed the first federal lawsuits challenging this effort to compel religious employers to act against their faith in violation of their inalienable rights, as protected under the Constitution and the Religious Freedom Restoration Act. At that time, I also produced a video where I discussed the issues involved, and gave an extensive media interview as well, both of which I invite you to view now.

In summary, the HHS Mandate is an administrative regulation which requires employers to provide coverage in their employee health plans for abortion-inducing drugs, contraceptives and sterilization procedures, or face severe fines and penalties for noncompliance. The mandate applies to Catholic and other religious institutions as well, even though these products and services are contrary to our faith and moral teachings on the inviolability of human life and dignity.

Although there is a very narrow religious exemption in the regulation, the government has consistently refused to extend it beyond houses of worship – nearly all Catholic charities, schools, universities, hospitals, and other faith-based institutions are not exempt because they serve and/or employ people of other faiths. For these non-exempt religious organizations, if they are unwilling to provide the morally-offensive coverage directly like any other employer, then a special alternative mechanism under the regulations, called an “accommodation,” would require them to take actions which nevertheless facilitate the provision of that same offensive coverage in connection with their own health plans.

This places many of our Catholic ministries in the untenable position of choosing between violating the mandate or abandoning our religious beliefs by being involved in one fashion or another in practices that we believe are immoral. And the fines and penalties for noncompliance would be devastating to their ability to continue serving the Church and our sisters and brothers in the community – $100 a day per covered individual if they continue to offer a health plan.

For the archdiocese alone, with about 4,000 people currently covered, we would face penalties of as high as nearly $145 million per year for practicing our faith. For a ministry like Catholic Charities, the penalties would be $20 million per year, which is more than the unrestricted funds available in their budget.

The only other alternatives would be for the archdiocese to drop employee health benefits altogether and face potential fines of more than $4 million per year, or for our ministries to simply abandon their Gospel mission of serving those in need and close. Both of these alternatives would themselves violate our Catholic faith and are totally unacceptable.

Ultimately, this dispute is not about people being able to obtain these products and services that are contrary to Catholic teaching – these are readily available in many stores and clinics. What this is about is the government needlessly intruding in the internal governance of religious institutions. It is about religious liberty and our being able to freely practice our faith and not be obliged to participate in things that are morally wrong.

Of the many legal and moral objections to the mandate, a particular concern is the government’s assertion that it can define for us what constitutes our faith in practice. We object to the way that the government has sought to divide the Church by limiting the exercise of religion to worship and by deeming that only those faith institutions that primarily serve and employ people of their own faith are “religious enough” to be exempt.

In fact, the Church’s deepest nature is expressed in the three-fold responsibility of celebrating the sacraments, proclaiming the Gospel to the world, and charitable service to all. “These duties presuppose each other and are inseparable. For the Church, charity is not a kind of welfare activity which could equally well be left to others, but is a part of her nature, an indispensable expression of her very being” (Deus Caritas Est, 25). Catholic schools, social service organizations, hospitals and universities are no less Catholic than our churches, and it is not the government’s business to say otherwise.

In a similar objectionable way in these lawsuits, some courts have taken it upon themselves to essentially judge which actions amount to moral complicity with wrong or are otherwise contrary to the moral teachings of our faith and which are not. However, as the Supreme Court affirmed in the Burwell v. Hobby Lobby case, it is not for the judiciary to decide questions of religion and moral philosophy, much less tell religious organizations that their beliefs and own moral calculus are wrong.

The Church did not choose this fight. Every step of the way we have been resolute in defending our first freedom so that we might practice our Catholic faith fully and freely. We will remain committed to acting according to our faith and conscience as a minister of charity and voice of truth and conscience. That is what the Church has done for 2,000 years.

Please pray for a successful resolution to this matter.